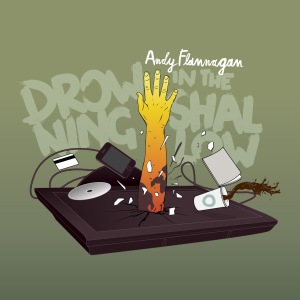 This album (and the accompanying book) is an invitation to take some steps out into the deep water, away from the relative safety and comfort of our flat-screen worlds.

Buy on iTunes Buy the CD

These are beautiful yet painful stories of broken things being made whole and they provoke us to be involved in that process. Here there are tears, wisdom and experience gleaned from some of the world’s most difficult places.

In an age where music has been reduced to mere entertainment, here is a man who is honestly out to communicate. You will not be disappointed. His experience in campaigning and his work in politics have deepened his understanding of the obstacles to change and how we might shift them. He is convinced that the lobbying of the 21st century will be lobbying of heart as much as lobbying of mind. Music can say a thousand things that words can’t. Let your mind and heart be stirred.

Andy said this, “I have the privilege of visiting some incredible places and meeting some incredible people. The places often depress me, but the people usually inspire me. There are people bringing hope in some of the toughest corners of our planet, and I thought they deserved to have their stories told. So whether it’s a fearful minority in Egypt, prostitutes finding new work in Bangkok’s biggest slum, orphans being embraced in Uganda, troubled young people in Luton, tsunami-wrecked lives in Chennai, or just my own continual brokenness, you’ll find those stories here.

There’s a bit of ranting and raving at our global economic system (no surprise there), but there’s also a lot of self-talk. There’s a lot of me talking to my soul, chastising myself for allowing modern life to numb me and distract me from a broken world. These songs tell the story of my faltering attempts to move from the shallow water out to the deep. To those places of risk, suffering and pain, which are also the places of adventure.

Buy on iTunes Buy the CD

Notes from the Shallow End

The book to go with the album – the stories behind, beyond and between the songs on the album “Drowning in the Shallow”

More about the book

Tracks on Drowning in the Shallow

Sign up to the email newsletter for exclusive news and subscriber downloads such as music and chord charts. No spam!